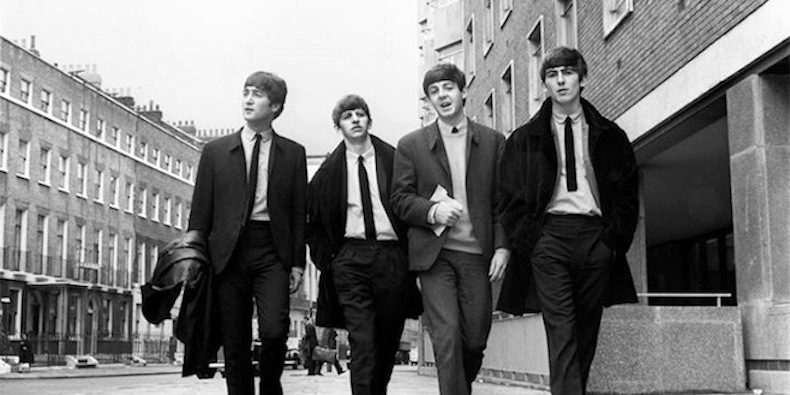 How many hours does it take to become an expert in Spanish or otherwise?

I recently read the book The Outliers by Malcolm Gladwell.  If you’re interested in cultural anthropology, you may find this book as fascinating as I did.

According to the author it takes about 10,000 hours to become an expert at anything.  He backs up his theory with numerous stories, but the one about the Beatles I found most interesting.  Here is an excerpt from his book:

The Beatles ended up travelling to Hamburg five times between 1960 and the end of 1962. On the first trip, they played 106 nights, of five or more hours a night. Their second trip they played 92 times. Their third trip they played 48 times, for a total of 172 hours on stage. The last two Hamburg stints, in November and December 1962, involved another 90 hours of performing. All told, they performed for 270 nights in just over a year and a half. By the time they had their first burst of success in 1964, they had performed live an estimated 1,200 times, which is extraordinary. Most bands today don’t perform 1,200 times in their entire careers. The Hamburg crucible is what set the Beatles apart.

As he states in his book, the Beatles had their success after Hamburg, after completing their 10,000 hours.

So how does this relate to you?

Well, here you are, learning a language.  So many language learners say things like “I’ve been studying for 2 years, I should be fluent by now.”  This is absolutely not the case.  Yes, some people have a natural ability for languages and advance faster than others, but the majority of students who move up quickly are the ones that put in the time.

One of our students, just moved up a level for the 2nd time in less than a year.  This is not common.  But I was looking at his profile and he has been to class 119 times in 10 months (he has the unlimited package).  Most students average about 30-35 classes in 10 months.  He has put in the time, therefore is reaping the rewards faster than most.

So what does this mean for you?  I would say one of two things:

1 – If learning Spanish is your goal, be patient…as you put in more hours, you will continue to improve.  Enjoy the process and know that every time you practice, even for 5 minutes, you are adding to your 10,000 hours.  You WILL get there; it’s just a matter of time!

2 – If learning Spanish quickly is your goal, putting in more time will help you achieve that.  The more you practice your Spanish, the faster you will advance.  It’s quite simple really.

Do you feel like you’re moving at the right pace in comparison to the number of hours you dedicate to learning Spanish?