The majority of people learn a language one of two ways – They either learn it by traveling or living in a foreign country for a year, or they use more traditional study methods, such as taking a language class.

If you have the opportunity to live in a foreign country for a year, I highly recommend it. There is no better way to become fluent in your target language. Period. However, most people don’t have that luxury, which takes you back to more traditional methods of learning…in a classroom.

The problem with learning in a traditional class, is that they bore you to death with textbooks, workbooks, conjugations, memorizing verb lists, role-playing, etc. So the majority of people give up in 1-2 years and never learn to speak their target language. Why? Because they never speak it! They never actually use any of what they’re learning in real conversation. When they have the opportunity to use their Spanish in a social setting, they’re scared to death or embarrassed because they’ve never actually practiced speaking before. They can get all the exercises right in their book, but getting the words to come out of their mouth is a whole other story.

So this is where we come in. I used to teach using the traditional methods, but it didn’t last long. My students weren’t really learning how to SPEAK Spanish, which essentially, is everyone’s goal. So 6 months after I started teaching, I decided to change the format. We started offering conversation classes…and not role-playing or reading text and then talking about it. No, these were real-life conversations, ones that would actually take place in a person’s life.

I made a list of things that I thought would be important for conversational classes:

These are the key ingredients to a fun, unintimidating, small-group Spanish immersion conversation class!

And there you have it! This is what we do!

If you’re a beginner to conversational Spanish (we define that as not being able to hold a 2-minute conversation in Spanish), you can sign up now and schedule your classes! If not, please contact us to set up a level assessment, as we offer 8 different levels, and we need to find the right one for you.

If you’re a beginner to Spanish, choose from 3 types of classes:

The type of classes that are right for you will have to do with several factors like scheduling, pricing, how quickly you want/need to learn, your personality, your short-term goals etc.

A few things to note:

Memberships auto renew every month until you terminate your subscription.

Payments are non-refundable and non-transferable.

Receive one free group class for each referral.

Receive one free group class on your birthday!

At any time during the year, you may purchase a 20-hour comprehensive evaluation for $139. 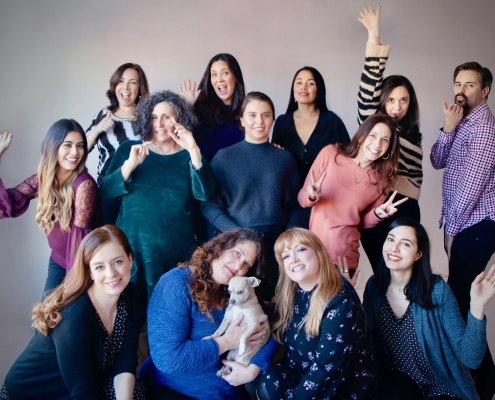