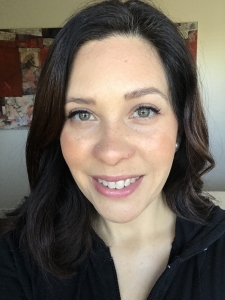 My name is Ana Carolina Francisca Mery Letelier, but you can call me “Caro”. 🙂

I am the founder/owner of Pura Buena Onda – Conversational Spanish Classes.

My story is a long one, but here is the short version:

On a personal note:

I’m 50, divorced, and live with my baby, Lola (the greatest dog on earth), in Hillcrest.

My favorite things include: dogs and spending time with my dog park friends, music, learning new things (learning Italian, a life-long dream of mine), podcasts, audiobooks, dance, cows, gardenias, art, the sky, the sunset, convertibles, comedy, reading, fuschia & orange, purple & green, giraffes (honestly, most animals in general), walking or just sitting on the beach, swimming, spending time with my family, ladybugs, musicals, iced coffee, silver rings, exploring new places, my colleagues, Southwest architecture, Coronado, The Grateful Dead, Ted Talks, NPR & PRI, Tony Robbins, Wayne Dyer, Led Zeppelin, The Voice, So You Think You Can Dance and SO much more. But my favorite thing in the world is hearing people’s life stories, sharing with others, and building connections.  There is nothing better in this world than good conversation. 🙂