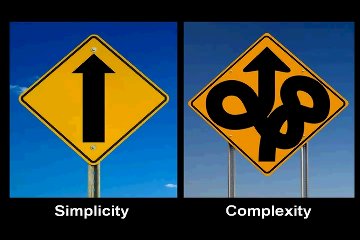 “Dumbing it down” vs. Stepping up your Game

One of the things I hear from students that are just starting to study Spanish is that they can’t say what they want to say.

For example, we might ask a student a simple question like “What did you do last weekend?”

What they may want to say is “I was supposed to go to dinner at a Peruvian restaurant in Point Loma on Sunday night, but 3 of the 4 people that were going to go had the flu, so we had to postpone it for the time being.”

A beginner to Spanish may not be capable of saying all that quite yet.  What you don’t want is to get frustrated or to switch back to English.  What you do want is to find a way to say in shorter, more simple sentences.

For example, you might say “I had dinner plans on Sunday.  3 of my friends were sick. We canceled the dinner.  We will reschedule soon.”

This method will allow you to give the jist of the story in the words that you know, in short sentences.  Much easier and not frustrating!

Now one of the mistakes that intermediate level students sometimes make is the opposite.  They may continue using the same words they did when they were just starting out.  At some point (if you want to advance) you have to step up your game and tell more complex stories.  Don’t be afraid to ask your teacher for a more sophisticated way to say something….that is what we are here for!

Are you communicating thoughts at your level?  Or is it time to step up your game?  Something to think about…