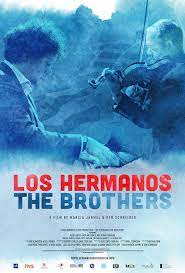 Join us for a movie at the Latino Film Festival!

Invite to see “Los Hermanos/ The Brothers” a documentary from Cuba and USA.

Ilmar and Aldo López-Gavilán are virtuoso Afro-Cuban musician brothers, born in Havana in the 70s. At 14, Ilmar outgrew his island teachers and was sent to the U.S.S.R. to study violin. He never lived in Cuba again, ultimately landing as a working chamber violinist in the U.S. Younger brother Aldo grew up mentored by Cuba’s impressive jazz and classical pianists, his extraordinary talent achieving renown on the island, but stymied elsewhere by the 60-year-old U.S. embargo.
Though they see each other when family finances and visa restrictions allow, they’ve never had a chance to collaborate musically—something they’ve longed for all their lives.
Tracking their parallel lives, poignant reunion, and momentous first performances together on stages across the U.S., Los Hermanos / The Brothers is a nuanced, intensely moving view of nations long estranged, through the lens of music and family.
Featuring an genre-bending score composed by Cuban Aldo Lopez-Gavilan performed with his American brother, Ilmar, and with guest appearances by maestro Joshua Bell and the Grammy-winning Harlem Quartet.

The event is finished.